Gemynii is sound curator, event producer, and visual artist based in Durham, NC and spins a wide range of music selections with the intent of raising and celebrating the divine feminine energy. Since the summer of 2016 she has diligently rose through the ranks of the NC party scene at a time when female DJs and promoters were few. In just a few years, her skills and growing reputation had already landed her numerous booking in the Raleigh/Durham area well as a steady flow of gigs in cites like Atlanta, LA, New York, & Baltimore.

In addition to making folks move and shake at dance parties, corporate events, and weddings, Gemynii has also featured in music festivals such as Moogfest, The Art of Cool Festival, Hopscotch, A3C, and Afropunk After Dark as well as NC Pride. Gemynii has also helped to open up for musical acts such as Oshun, Rico Nasty, DVSN, and Miguel. And for the past 3 years she has curated a black femme celebration party called The Conjure in her efforts to create safe space and platforms for the black & queer community. And in March of 2020 she joined Apple for a She Create event in NYC to celebrate Women's Herstory Month.. 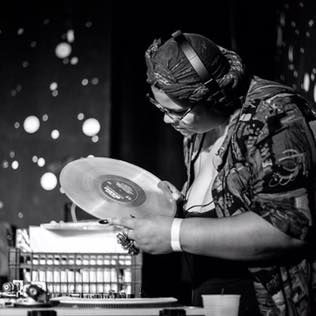